Reminder Regarding the “5-day Rule” and Announcing Grades 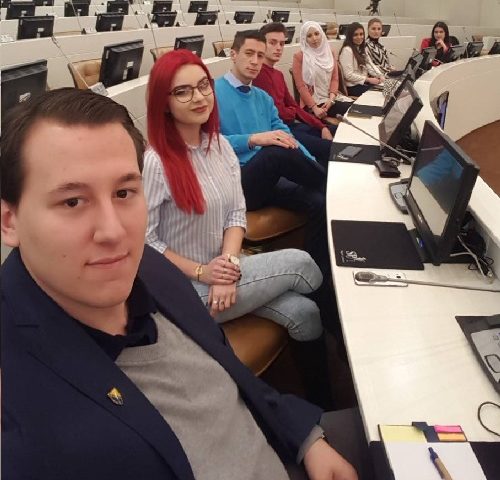 It is important to note that our students also participated in the last episode of “Parlaonica” and, due to their superb performance, the Student Parliament was invited again to delegate students to participate. A public call for all students was opened, which got many responses; however, due to available space and other constraints, only six could participate.

“Parlaonica” is a show in which a panel of analysts, experts, and others discuss a relevant topic or a current event and in which invited students, in addition to the moderator, pose questions to them.

This episode of “Parlaonica” was about the emigration from Bosnia and Herzegovina, its effects and the ways in which it can be stopped or decreased.

Their conclusion was that that the mass emigration of people from Bosnia and Herzegovina is a symptom of many problems with our society and not the root cause. Therefore, in order to decrease the brain drain, many serious and though reforms have to be undertaken as soon as possible.

This episode will be aired on BHT1 on Tuesday, January 30 at 8:15 p.m. and will later be available online at http://www.bhrt.ba/bht1-emisije/parlaonica-bht1/.

“I am very glad to have participated in the show once again, because I had an opportunity to engage with experts and policy makers and to listen to a wide range of opinions,” Hata Kujraković, a second-year student of International Relations and European Studies at International Burch University and a two-time participant in the show.