Reminder Regarding the Make-up Exam Period in February 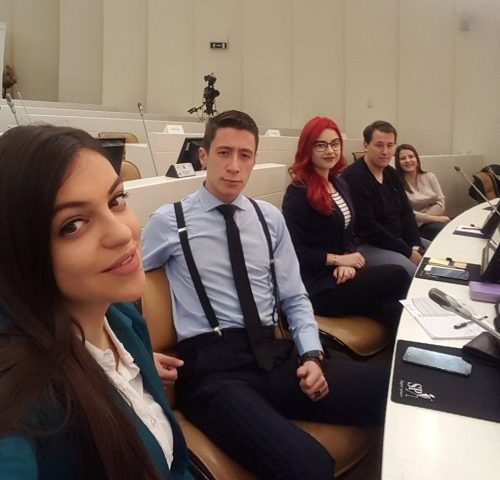 It is important to note that our students also participated in the last episode of “Parlaonica” and, due to their superb performance, the Student Parliament was invited again to delegate students to participate. A public call for all students was opened, which got many responses; however, due to available space and other constraints, only five could participate.

“Parlaonica” is a show in which a panel of analysts, experts, and others discuss a relevant topic or a current event and in which invited students, in addition to the moderator, pose questions to them.

This episode of “Parlaonica” was about the electoral status of the City of Mostar, namely the lack of elections for a decade.

Their conclusion was that that elections in Mostar are overdue and compromises need to be made by all sides in order to reach a settlement and hold elections in October 2018.

This episode will be aired on BHT1 on Tuesday, February 6 at 8:15 p.m. and will later be available online at http://www.bhrt.ba/bht1-emisije/parlaonica-bht1/.

“Actively participating in the show once again was a privilege that I am glad to have had, not only because I had the opportunity to comment the unfortunate situation in Mostar but also because I could ask questions to the key acters in the process,” Isa Dukmenić, a third-year student of International Relations and European Studies at International Burch University and a two-time participant in the show, said.