Student Parliament an Official Partner in the 2018 Student Sympsium

The 4th Regular Session of the SPIBU Assembly Held 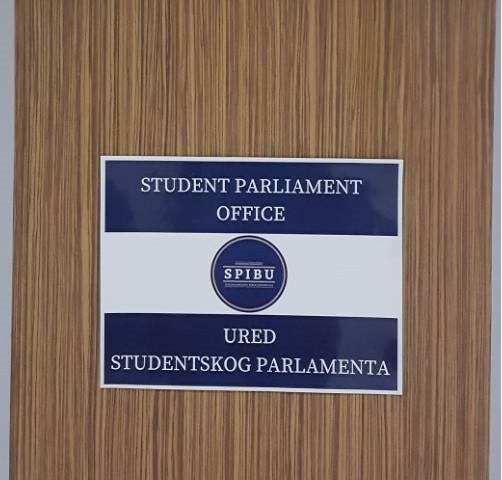 It is important to note that the University fulfilled its obligations only two days after the Student Parliament was formally registered at the Ministry of Justice and Administration of Canton Sarajevo.

Although the University is legally required to allocate a space of 16 square meters for the Student Parliament to use, this office is well over 40 square meters.

“The speed with which an office was prepared and selected and the size of the office itself is impressive and evidence of the support the management of our University provides us with,” Kurtović commented and expressed his gratitude to the management.

In the week since, members of the Student Parliament have worked tirelessly on improving and customizing the office in order to suit the Student Parliament’s needs. The office now has work stations, a work table, a conference table and more, including snacks and refreshments. It will soon be upgraded with a projector.

All are welcome and invited to visit us in room 417.