“Give Blood, Save a Life” on Tuesday, March 6

Elections for Assembly Members Called for April 25 and 26 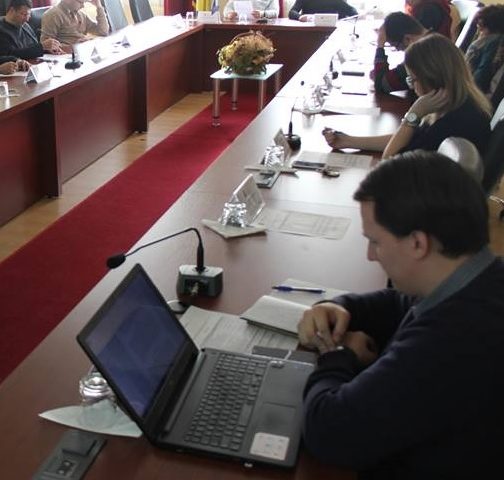 “The Student Parliament’s proposal was rejected twice before: once due to the Legal Service not having scrutinized our proposal, even though they later had found it was perfectly in accordance with the law, and the other time due to a lack of consensus between the student representatives and the academic representatives in the Senate,” Kurtović stated.

The students, however, can be satisfied with the changes the Senate accepted, even though more can and should be achieved in the context of student rights and the student standard, according to Kurtović.

“Ten of our several dozen amendments were rejected, which is statistically not very important, but for as long as I sit in the Senate and for as long as I don’t have instruction from the Assembly to the contrary, our previously rejected amendments will continue to be proposed at every Senate session until they are adopted or our requests are otherwise fulfilled,” Kurtović pledged.

The rejected amendments included a ban on scheduling or holding lectures during students’ religious obligations, which was further changed to include only Fridays between 12:00 p.m. and 2:00 p.m. because of jummah, and a requirement that midterm and final exams carry the same amount of points due to the fact that the same amount of material is tested during each.

The Rules of Study for the First Cycle of Study can be found here (English version) and here (Bosnian version).

Some of the most important changes to the Rules of Study are: the inclusion of a mandatory study week into the semester; the further regulation of midterms and final exams (cancelling exams, their duration and the material covered by each); a guarantee of continuity of lectures; the inclusion of more technical and non-technical elective courses among which students may freely choose; the introduction of a new method by which GPA is calculated; and the introduction of a plaque for the best students.

Unlike before, when a study week was not included at all or was optional at best and, as such, was regulated by the academic calendar on a year-by-year basis, now the 16th week of every semester must be a study week – a week without formal or obligatory lectures and a week dedicated to consultations only. Final exams are required to last two weeks and two weeks must pass between the end of the final exams and the beginning of the make-up exams.

Students can now cancel the grades they earned at the midterm, final exam or both the midterm and final exam. There is also no limit as to how many exams a student may cancel. However, the new grade is the valid one, regardless of whether it’s higher or lower than the original. The grades from the midterm and final, like all other types of exams, must be published within five working days.

According to the new Rules, all lectures must be held, regardless of circumstances. There must be 15 weeks of continuous activities (i.e. 14 weeks of lectures, due to midterm exams) for each course. Therefore, professors may not cancel or delay lectures without making them up at an earlier or later date. This provision guarantees that students cannot be required to know something that wasn’t covered during lectures but is included in the syllabus. All lectures last 45 minutes and are followed by a 15 minute break.

Departments are required to offer to students at least one technical elective course more than the number required by the Department curriculum, all of which must be held if there is a sufficient number of registered students. Additionally, students may register two courses or 12 ECTS points more than the norm, which allows them to register previously failed courses.

The final exam may cover only material from the second half of the semester, i.e. from weeks 9 through 15. The only exception to this rule is if the student wishes to improve her/his grade from the midterm, when s/he is tested on all of the material from the semester. Therefore, the student has four opportunities to improve her/his grade at the midterm (final exam and three make-up exams).

“We consider these changes an improvement to the body of students rights and an improvement of the student standard at this University and we will fight using all legal means to enforce these Rules, so we kindly ask all students and others who notice a discrepancy or a violation of the Rules to report it to us so we can take appropriate action,” Kurtović said.