Elections for Assembly Members Called for April 25 and 26 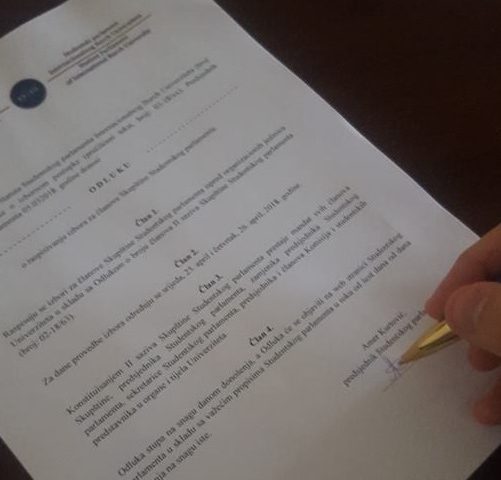 The second official elections for the Student Parliament Assembly will be held on Wednesday, April 25 and Thursday, April 26, in accordance with the relevant regulations.

The Electoral Commission, which was appointed on Wednesday, February 28 by the Student Parliament Assembly, is the responsible organ for organizing and executing the elections.

The Electoral Commission shall more closely regulate matters not already regulated by the Decision on the Electoral Procedure of the Student Parliament (no. 03-17/137) or other acts of the Assembly in a timely fashion, about which the student body will be informed of in a timely manner.