Five of Six Student Proposals Rejected by the Senate 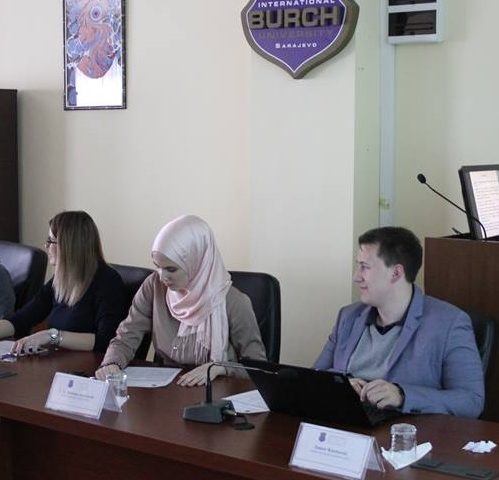 On Wednesday, March 28 beginning at 3:00 p.m. and ending at 3:36 p.m., the 151st session of the International Burch University Senate took place, in which the three student representatives of each cycle of study constructively partook.

Amer Kurtović, the student representative of the first cycle of study, proposed six agenda points and requested the addition of another point due to an unexpected change. Unfortunately, five of the six agenda items and the additional request were rejected unanimously by the other members of the Senate, without discussion.

All proposals can be found online in the March digital archive of the Student Parliament.

All proposals except the Rulebook on Awarding University Recognitions to Students, the adoption of which is mandated by the previously adopted Rules of Study for the First Cycle of Study, were rejected in full by the remainder of the Senate, without discussion.

“The duration of the session speaks for itself: 13 items were ‘considered’ and voted upon in just over half an hour,” Kurtović briefly commented.

Even the addition of another item to the agenda, which is quite “serious and relevant to the quality of the educational process” according to Kurtović, was vehemently opposed by the rector prior to the beginning of the session, which he didn’t attend due to other obligations. “However, he desisted in his opposition after being faced with legalistic and regulatory provisions which allow the proposal of such an amendment to the agenda,” Kurtović explained.

“Blatant discrimination towards proposals emanating from students and which concretely deal with issues of great relevance to students is evident and cannot be masqueraded. The lasted in a series of such instances was when the Legal Office heartily suggested to all members of the Senate to pay special attention to my proposals. This request, or demand even, for undue scrutiny I find repugnant and repulsive but not overall characteristic of the stance of the University management towards students and the Student Parliament,” Kurtović said and added that the Student Parliament Assembly will consider methods to rectify this for the future.