Introduction of Fees for Midterm Make-Ups to be Withdrawn

Public Call for Nominations for “The Student” Award 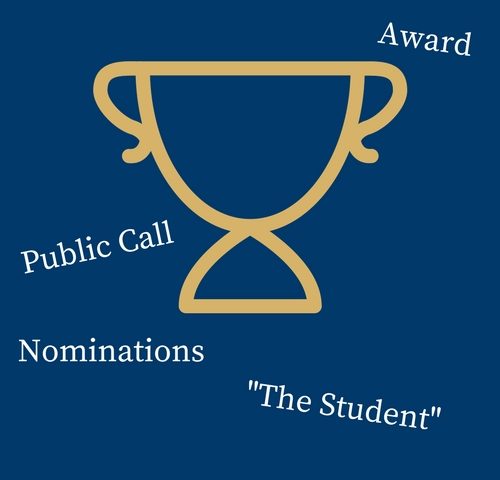 The award is intended to be bestowed upon students of International Burch University, regardless of the cycle or department of study, for significant accomplishments and/or exceptional success in curricular, extracurricular or other activities or actions which contribute to the student body and/or the University.

The “The Student” award is awarded annually no more than three times to deserving students, with regards to the different categories of students – cycles of study, departments of study, gender, faculties of study, years of study, etc.

As such, all students and other interested parties are invited to submit nominations of their colleagues (or of themselves) for the award, with an explanation of why said student is deserving of the award, by e-mail (student.parliament@ibu.edu.ba) by Wednesday, April 18.

Prizes, provided by the University, and certificates will be provided to all students awarded.

If there are not adequate nominations or enough nominations, the Student Parliament president will make the proposal/s independently of the nominations.