Election Debates to be Held on Tuesday, April 24 in the Motif Room

Invitation to the 6th Regular Session of the Assembly

Certificate and Plaque Awarded to the Student Parliament 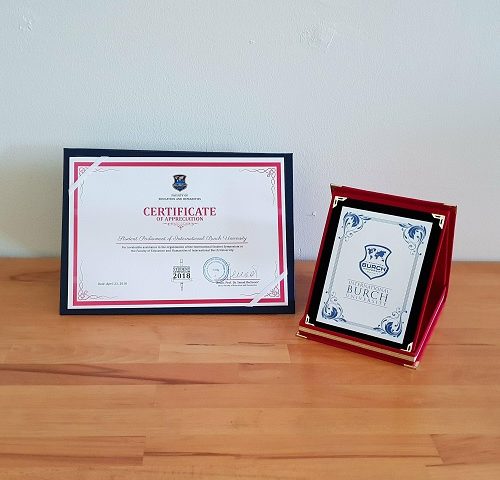 The Student Symposium was held, after months of preparation and hard work by all involved, yesterday, on Monday, April 23 at International Burch University with nearly one hundred participants, volunteers and audience members taking part in the event.

The Student Parliament looks forward to organizing the Student Symposium next year, with even more participants from both our University and other universities across the country and abroad.